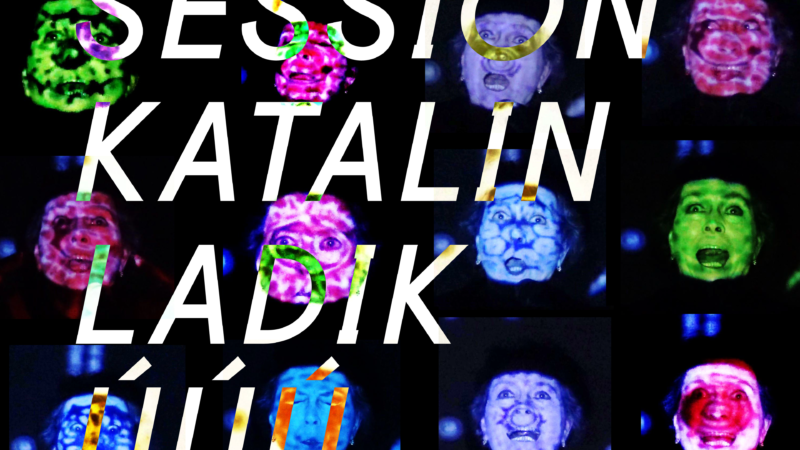 The renowned artist Katalin Ladik (HU) will come to Bratislava as a result of the ongoing cooperation between ooo, the Slovak National Gallery and curator Lucia G. Stach.

Ladik’s album Phonopoetica (1976) is today considered a legendary work in the field of sound art and sound poetry. In autumn 2021, the album was part of international collective exhibition The Lost Human, curated by Lucia G. Stach in Banská Štiavnica as part of the event JAMA – 75th Year of Milan Adamčiak. In May 2022, after a six-month postponement, we will expand the presentation of Katalin Ladik’s work to the Slovak audience with her live performance in Bratislava.

The hour-long program consists of live performance of the artits’s sound poetry and audiovisual presentation of her work. Ladik will, o in collaboration with Josef Schreiner, present performance The Memory of Water, sound poems White Bird, Four Black Horses are Flying Behind Me, Ice Bird or If a Flame Would Fade Away. The evening will include a discussion with the artist.

The whole program, named by the artist HOMO LUDENS – The Child in Adult. The Joy of Sound and Movement, will focus on finding and reaching our inner child. The evening will introduce short examples of Ladik’s work, vocalized collage scores, integrated circuits, singing chests, and embroidery objects with sound recordings. With an unconventional notation, Katalin Ladik frees herself from improvisational fatigue and allows the audience to perceive the voices and sounds of their own bodies and their movements more deeply as an expression of themselves. “The artist must experience the pain of creation, of existence, of indifference, of rejection and of transience.” (K. Ladik)

KATALIN LADIK (* 1942, Novi Sad) comes from the multi-ethnic region of Vojvodina in Serbia. She has been on the underground scene of the former Yugoslavia and in Hungary, where she has lived since the 1990s. She reflects this diverse identity in her artistic story. Although Katalin Ladik’s expanded poetry was born in the multilingual environment of Central and Eastern Europe, it reflects the universal utopia of individual autonomy through language (s). As a poet, she created a specific intermedia audiovisual type of poetry, performed using the body and voice as a sensual but also a political tool. In sound poetry, she draws on her own poems, paintings and collages, creating and interpreting graphic scores, poems and sound objects. Katalin Ladik’s rediscovered work has gained international acclaim, especially in the last two decades. In 2017, she caught attention at Documenta 14 in Kassel and Athens and is one of the authors selected for international biennial Manifesta 14, which will take place in 2022 in Pristina, Kosovo.