Hauke Harder was born 1963 in Heide (Holstein), Germany. Studied physics at Kiel university and researched in the field of molecular physics until 2000. Started composing in 1989 and took private studies with Wolfgang von Schweinitz in 1991/92. A main part of his work is devoted to the exploration of intervals in just intonation.

Curated various concerts and exhibitions including the series “Gesellschaft für akustische Lebenshilfe“ which he cofounded and directed from 1989-99.

Since 1995 assists Alvin Lucier in realizing installations and performances in Europe. Together with his partner Viola Rusche he realized films on Alvin Lucier, ErnstalbrechtStiebler, Jo Kondo and Boudewijn Buckinx. www.haukeharder.net

Grigio  due for for sine wave generators, amplifiers and horn speakers. 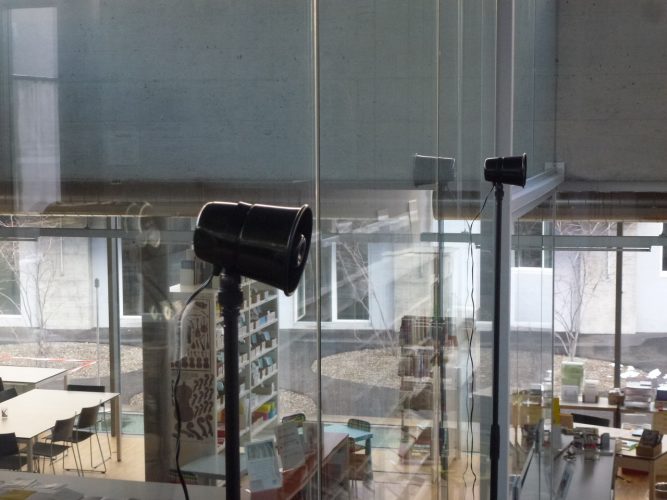