Sound atlas of the bridge

We invite you to become acquainted with the old railway bridge in Trenčín through birdsong. Although usually quiet in winter, it can be heard this year thanks to our sound installation. Before the real bird voices start echoing on the banks of the river Váh, you can stop, listen and dream about the approaching spring.

Every day, the song of one bird species which you may or may not recognize will sound on the bridge. Stop by, listen and read more about them. What do you hear on the bridge today? Scan the QR code using the camera on your smartphone and find out.

With our activities, we – humans – reshape the world around us and thus unavoidably change the way it sounds. We build cities, roads, railways, and bridges. Are we aware of the many ways we change the natural sound of the landscape? What are we exposing others to – non-human living creatures with whom we share these spaces? What would the Trenčín area sound like if no one had ever lived here?

We know from research that many animals, from the smallest to the largest, make sounds. In a healthy space, the entire sound spectrum is occupied by various animals – from its lowest part (insects) through the range of frequencies audible to humans (birds and others) to high, inaudible sounds (bats). By the way, whales, for example, occupy several parts of this spectrum, according to scientists. Some species of whales could be able to produce and hear sounds below 10 Hz, and others as high as 200,000 Hz – both beyond the limits of perception of the human ear. But whales do not live in Trenčín (at the moment).

However, many birds live here with us. According to ornithologists, between 2009 and 2019, there were 187 bird species in Trenčín. Many of them naturally live in the vicinity of the river Váh. It’s a nice number, but it’s still 21 species less than in the previous decade.

However, we humans have one remarkable quality. The closer we get to know something, the more we change our attitude towards it – and that’s how a relationship is built. We begin to consider what is familiar and close to us as a natural part of our life.

So let us introduce you to some new friends. Welcome to the old railway bridge in Trenčín, by the river Váh, surrounded by plants and animals that have lived here much longer than us. From fall to spring, many of these species sleep or rest in the winter mode. Soon, however, they will start becoming active again, and the first to be heard are the birds – they start singing to attract partners with the first signs of spring.

Until their voices start sounding in nature in March, we invite you to get to know them better: the European green woodpecker, the Eurasian nuthatch, the chaffinch, the icterine warbler, and many others. With their voices, they will let you know that they are still here with us. And perhaps they will plant a seed of thought in you and make you consider the things that each of us must do so that spring as we remember it – colorful and bursting with life – continues to return year after year.

In the project, we draw on the work of two personalities who contributed to the development of knowledge and protection of birds in Slovakia:

Jindřich Krejča (*1920 – †1991) was a Czech illustrator of popular science publications working in Slovakia. His work is familiar to many from the books From our Nature I. and II., Atlas of Medicinal Plants, and others. In the Sound Atlas of the Bridge project, we use his illustrations with the kind permission of his wife, Mrs. Anna Krejčová. We thank SNG for providing digitized versions of the works.

Mgr. Radovan Jambor, Ph.D. (*1981) is an ornithologist from Trenčín, author of the monograph Bird Species of Trenčín and a publication dedicated to the coexistence of birds and people in settlements, Birds in the City. He is a long-time active member of the Slovak Ornithological Society / BirdLife Slovakia and the founder of the Living Cities association. He has been observing birds in Trenčín for almost 25 years and bringing them closer to the public through various educational activities.

The project was realized in cooperation with Creative Institute Trenčín / Trenčín 2026. 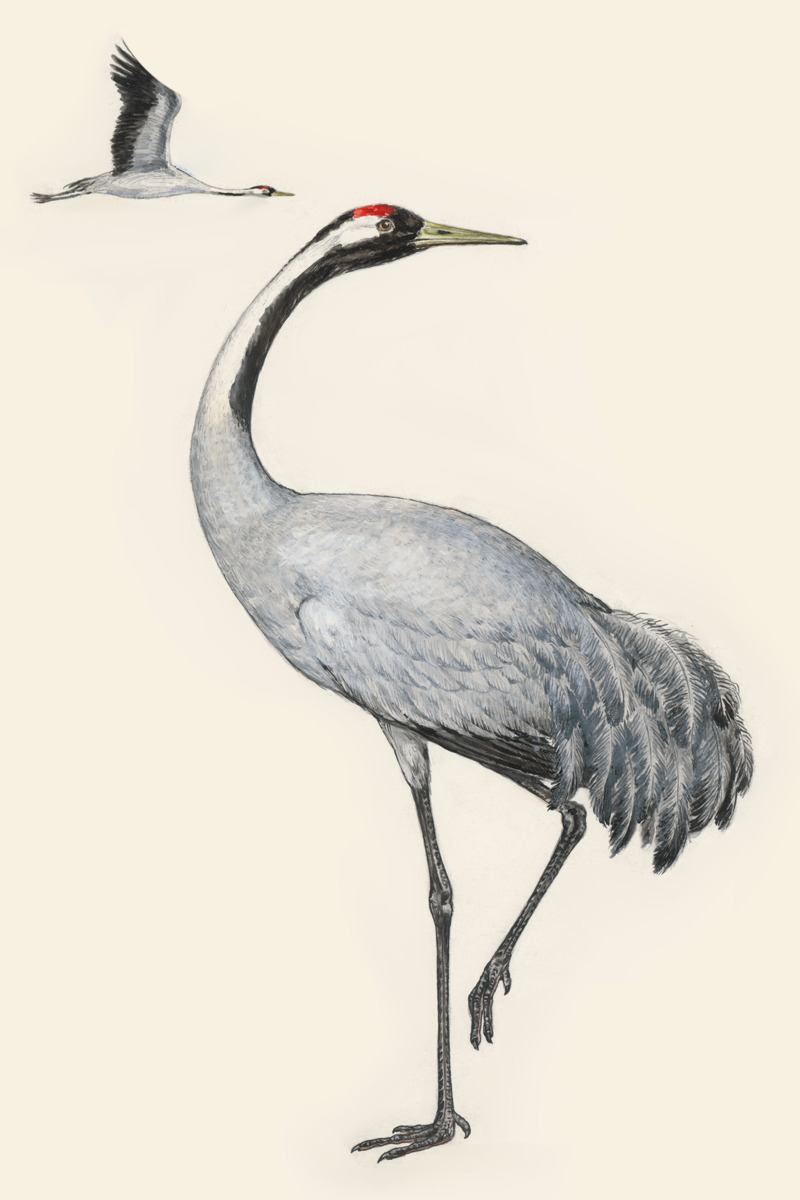